Very quickly in 2006, different equipment for outdoor purposes was proposed.A firesteel, flask, "survival" pouch and belt saw the light and developed with sound experience in the field. The same preoccupation for comfort, quality in the choice of leather and finishes were to prompt our developments.

February 2007 saw the birth of a new knife for more every-day use: the "Baby Wild".
Very like its big brother, yet slightly lighter and shorter to be fully suited to small hikes, snacking, hunting, etc.

November 2007, the WILD TECH made its appearance.Designed for hiking, climbing, mountain biking, water and outdoor sports, it boasts being sturdy and light in weight thanks to a POM (PolyOxyMethylene) sheath.

December 2008, launch of the Wild Tactic model making use of the Wildsteer single-piece forged blade with Kraton handle and a new patented wire-cutter function.

January 2009, we started to propose a highly versatile backpack for hunters to carry and protect a recurve or compound bow or a rifle.Made by Markhor Hunting guaranteeing second-to-none quality.

May 2009, an important turning point is reached when Edouard de Buyer joined the company on a full-time basis.
This was to mark the start of significant work with certain regiments aimed at expanding the tactical range.

January 2010, the first folding Wildsteer was revealed for the first time at the Shot Show in Las Vegas:the Wild 79 knife
boasting a solid wooden handle, it stands out thanks to its sober lines and excellent grip, available in 6 species of wood.

February 2011, presentation of a new knife specially designed on demand for hunters: the X Wild

September 2011, the idea of a survival kit stemmed from discussions with a soldier from the 1st parachute chasseur regiment, hence the birth of: the Tech Neck.It is made up of a robust blade, a compass, a firesteel, sharpener, light and mirror for signalling:the minimum vital required…

March 2012 at the IWA show in Nuremberg, two new knives went on show. The TX Wild making use of the X Wild blade with a paracord handle and a black blade or with a formidable saw on top.An excellent bushcraft knife.And the WX folding knife with completely innovative, patented double locking system to have a guard and use the Wildsteer accessories (wire-cutters, extractor, etc)
Award from the readers of the magazine Passion des Couteaux 2012 for the WX folding knife.

March 2013 presentation of 5 new models of knives at the 2013 IWA:
- the Luc Alphand knife
- the WTM:lightweight tactical knife
- the Wild Tech4 knife:tactical upgrade of the Wild Tech2
- WS knife:SMALL version of the WX, with pocket clip
- the W Tiger machete, developed for the Tiger squads and NATO referenced

March 2014, the new 2014 models are exhibited at the IWA show  in Nuremberg:
- the d'Estaing dagger:W'eStaing
- the Lady Wild2 and Lady Wild4 table knives
- the W Fighter combat dagger
- the extended version of the WT4, the WT4XL
- the W Pocket intervention folding knife
- a camera fixing strap which we have found very efficient, imported from the USA

March 2015, the first professional show of the year becomes the recurrent venue to showcase our new products:
- the WING-Tactic developed with and for the GIGN (national gendarmerie intervention group)
- 2 lightweight folding knives, the CBX and the SLIM 79
- a bigger machete, the W Panther developed for the  air force and NATO referenced
- the TX Bowie, big bushcraft knife

March 2016, we presented no less than 6 new models at the IWA trade fair in Nuremberg:

In 2017, 7 new models joined the Wildsteer range.
In the Tactical range:
- Kraken, developed with Commando Hubert
- WAIF, the result of a partnership with the French Army's Technical and Operational teams, it has become the new "FELIN" reference
- K-Safe, a multi-function rescue tool

In the Hunting/Outdoor range:
- Kodiak, a bushcraft knife with an array of features, ideal for survival
- Krypton, a forged camping knife
- Kangal, a forged hunting knife
- Kook, a table knife with a novel design

Maintaining its momentum, in 2018 Wildsteer has developed three models in partnership:
- Tarasco, designed with survival experts from the 13ème RDP
- SAS dagger, in cooperation with the 1er RPIMa, following on from the legendary WWII dagger,
- and Karlican resulting from a partnership between Wildsteer and KMAXROM (knife manufacturer in the Pyrenees).

Other developments are in the pipeline and we invite you to join us in our dream by consulting the different pages of this website and clicking "Like" on our Facebook page to follow our news. 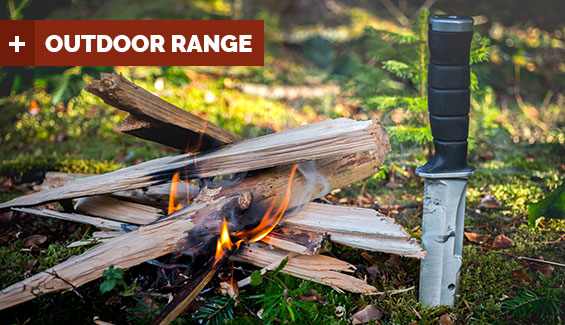 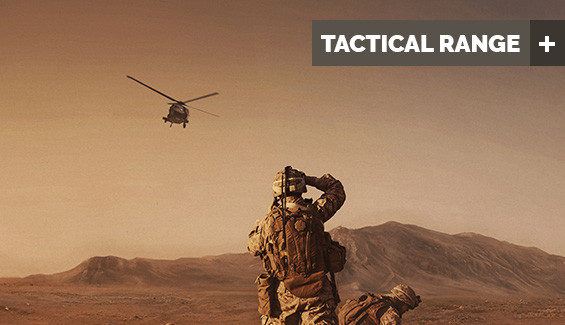